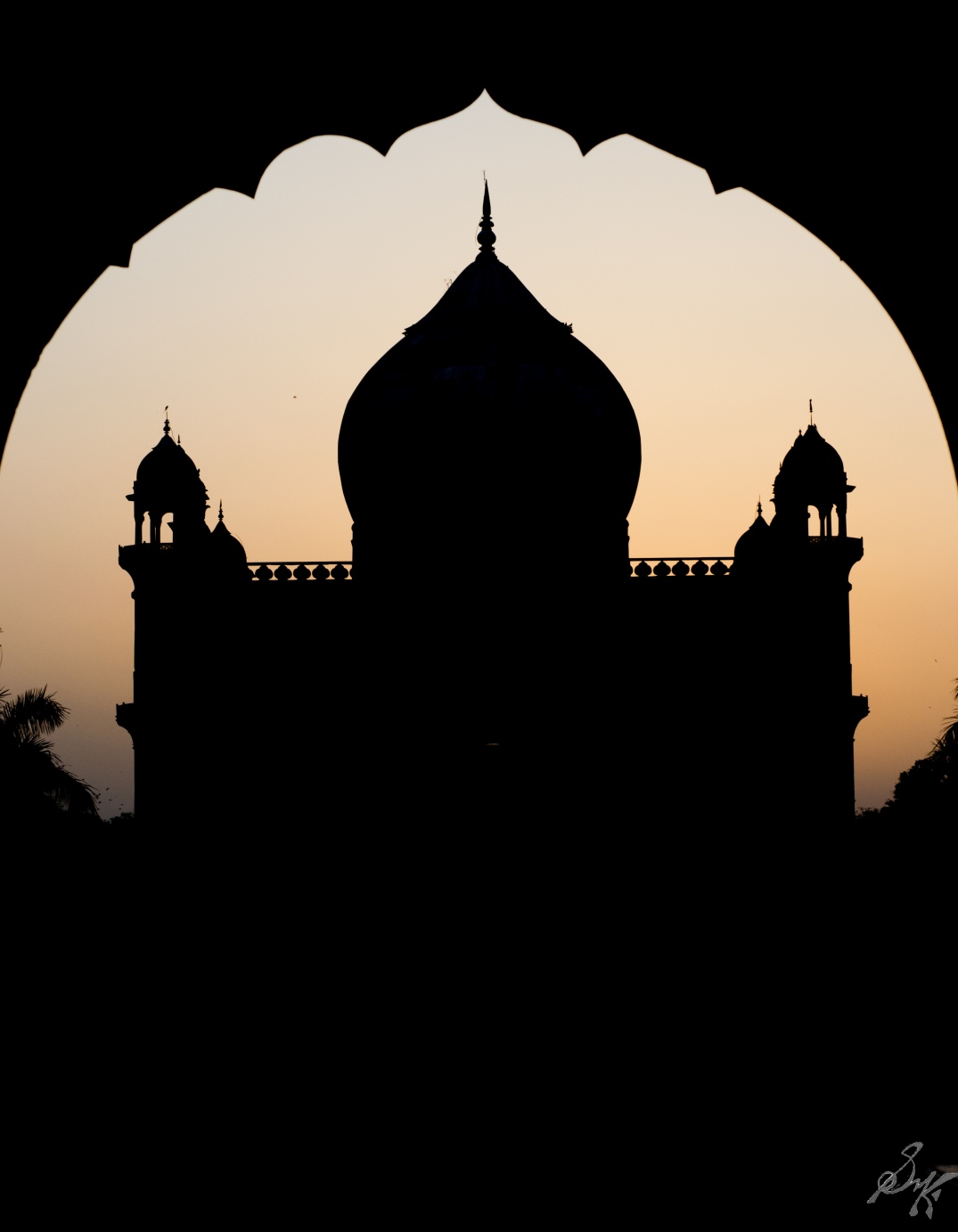 After being done with the Red Fort and the Lotus Temple on the previous day, the second day began with a visit to a old friend of mine. We had brunch and soon it was time to meet up with Tuhina, who would be my tour guide and model for the rest of my stay.

After meeting up with her, we made our way to the Safdarjung’s Tomb. Located on the Safdarjung Road, this is a sandstone domed structure erected in 1750s in honor of Safdarjung. The architecture is quite mesmerizing and within the walls, it is quite peaceful. The mausoleum has four water chambers on each side, which were sadly dry. There are arabic inscriptions on the doorway. There are lawns ideal for people to laze. There are at least a couple of peacocks in the premises too.

Nearest metro station would be Jor Bagh on the Yellow Line. The Safdarjung Tomb is right opposite to the Lodi Gardens, which I visited on a later date. The monument remains open from 0700-1900h all round the week. There is, most probably, a ticket of ₹30 per head, kindly confirm on site. Expect a crowd and you may often find people strategically lazying to ruin your perfect shot.

We visited the Delhi Haat next to buy a couple of stuffs mum asked me to get for her, with expert help from Tuhina, that assignment was completed. We followed it with dinner and retired, for the next day, we were going Alwar, Rajasthan. 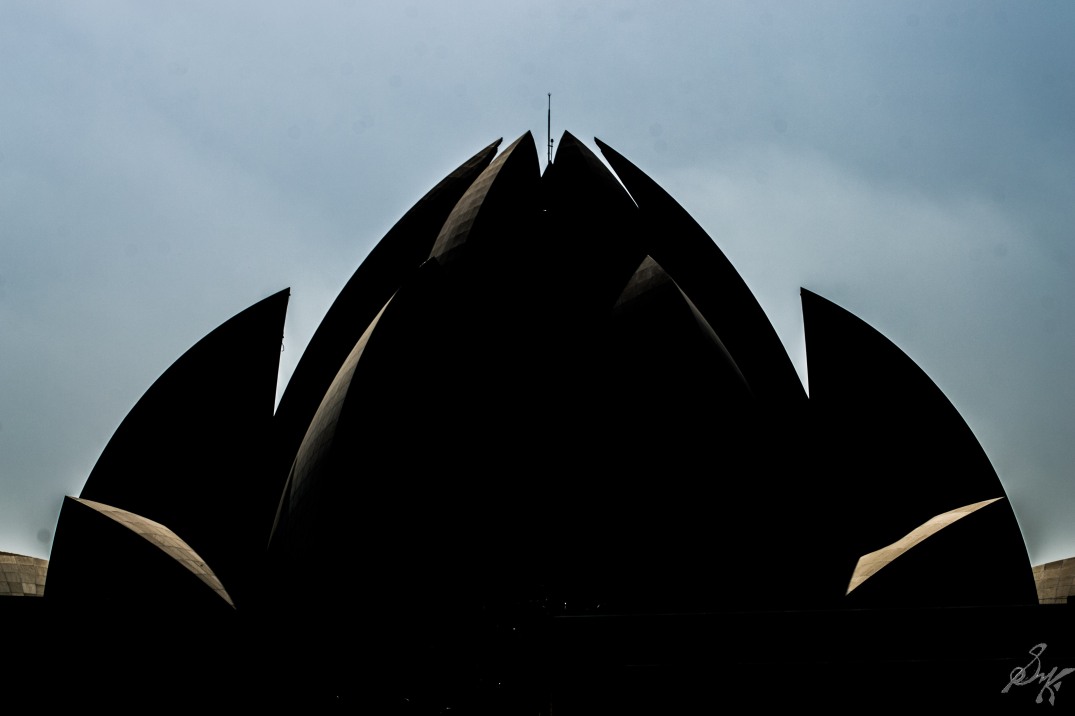 Post my visit to the Red Fort, I made my way to the Lotus Temple, on the other side of the town, using the metro. Well, I am all praises for the metro, for it is highly convenient and economic many times over than a cab or even the buses.
The Lotus Temple is a Baha’i House of Worship, which, being in line with the code, is a temple which welcomes people, irrespective of religion, sex or any other distinctions to worship at the giant hall. The only request they make, please be quite. It is considered to be one of the most visited building in the world.
Architecturally, it is a marvel, being a 9 sided marble lotus flower, along with 9 pools on the sides. The hall can house 2500 people at a time.
Nearest metro station is the Kalkaji Temple Road on the Violet line, which can be tapped on to at the Central Secretariat. It stays closed on the Mondays, while being open 0900h-1900h, rest six days. No entry charges are levied. There is a strict prohibition on carrying food inside the premises. 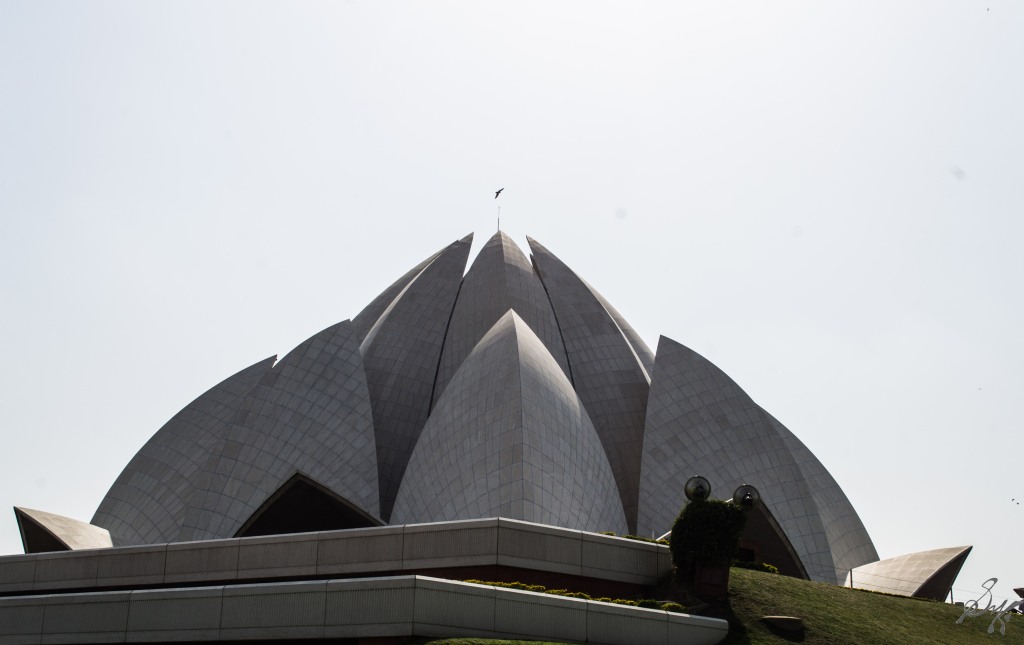 I was tad hurt to see that a huge chunk of the people who come at this place, have no idea of what they are visiting and also, why they are doing so. There are men screaming from one corner of the yard to the other, ladies cutting lines feeling entitled, kids running around, complete pandemonium. Also, once you reach the hall, you have tourists, not just Indian, but also foreign ones blatantly disregarding the request to not shoot indoors.
In my opinion, a ticket system must be put to place. Tickets for the ones who want to visit the inner sanctum, sit and pray, and tickets for the ones who would want to roam about in the open, take the photos and be done. It should also be made very clear that within the hall, there is absolutely nothing to gaze and marvel at, so that there is an auto filtration. I had been to the Lotus Temple, when I was about 3 years old. I remember sitting on the hall, and contemplating at the silence and peace. I had gone to revisit the place, after about 22 years, to find a similar peace, and all I found chaos.

With a heavy heart and irritated head, I boarded the metro back. My mood was improved soon for I met with my dearest muse, Tuhina shortly for dinner.

Next day, would be fun. Keep an eye out.

Last week, I was at New Delhi, the capital city of India.
It is an old city and has been a seat of power for various rulers over the history of India, most significantly, the Mughals.

The first place I visited, was the Red Fort. Made using red sandstone by the emperor Shah Jahan, this majestic fort, currently serves as a frequented tourist spot. It has a museum, used to be a garrison for Indian Army and also features serves as a ceremonial and political centre in the modern times.
The nearest metro station is Chandni Chowk, which is almost a kilometre away. The distance is very much walkable. If not, take cycle rickshaws, but do bargain hard with them.
There are ticket charges. ₹35 for Indians (including the museum pass) and ₹200 for foreigners (kindly confirm). No extra charges for cameras though.

One enters the fort by the Lahori Darwaza. 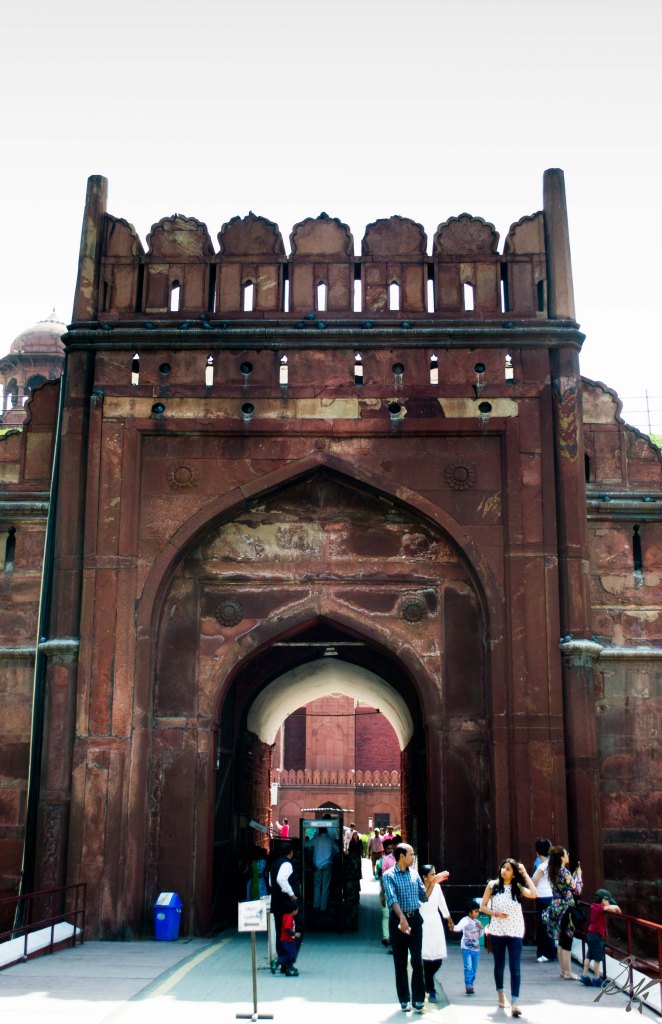 The gate opens to a small courtyard, following which one enters the Chatta Chowk. In the ancient times, this place would sell gold, silk and other items for the imperial household, today, there are shops which sell souvenirs.

Crossing the Chatta Chowk, one should find themselves in front of the Naubat Khana and the house of the commons, the Diwan-e-Aam.

Moving on, one gets to see the quite magnificent Diwan-e-Khaas, which was the house of the lords, as one may say. The walls are quite intricately carved and they have paintings, which look marvellous even now.

Beside the Diwan-e-Khaas, the Khaas Mahal is located, which would serve as the emperor’s chambers and is made in white marble. It is indeed a sight to behold. 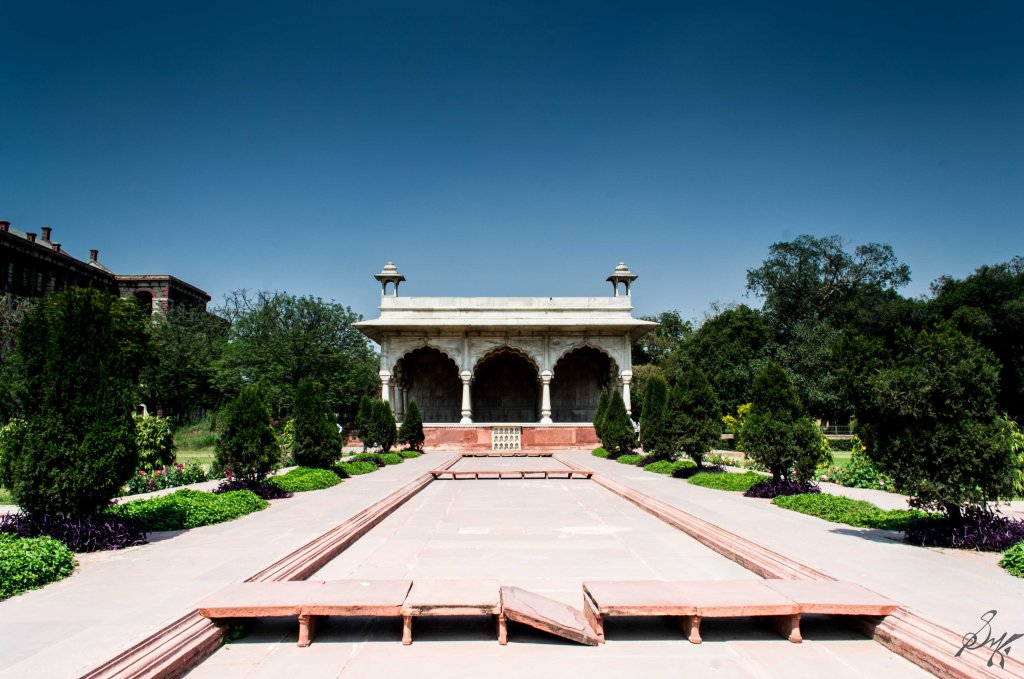 With this, my tour ended within the Red Fort. I took nearly 45 minutes for the round. I didn’t visit the museums, which I would have, had there been some more time. I would recommend it be checked out.

There are pay per use toilet facilities available outside as well as inside the fort premises, which are maintained by Sulabh, hence they ought to be clean.

Once I was done with the Red Fort, I took the metro, from Chandni Chowk station, changed at the Central Secretariat, and went on towards the Kalkaji Temple Road, to visit the Lotus Temple.

Feel free to reach out for further information.

Today, as I sit to type down this post, my bags are packed and ready to leave. I leave NICMAR, Pune in less than 6 hours and will be on my way to my home first, then to much bigger adventures. Last night while packing, I stumbled across two very prized possessions of mine, my self made reverse lens adapter and a pair o kerosene lighters.
Flipped it open, spun the wheel, the sparks erupted, felt good.
At around 0100h, I felt a tiny bit creative. So, here is what I did, past mid night, using the reverse lens adapter. Lens used, my trusted Nikon 50mm F1.8D, and the camera, Nikon D3100. 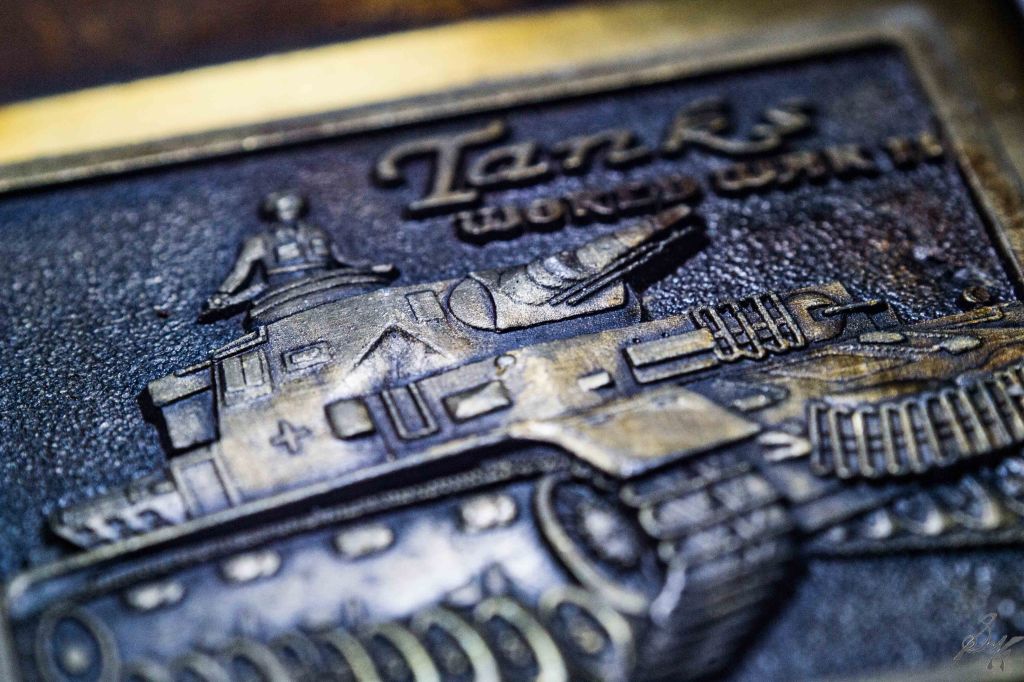 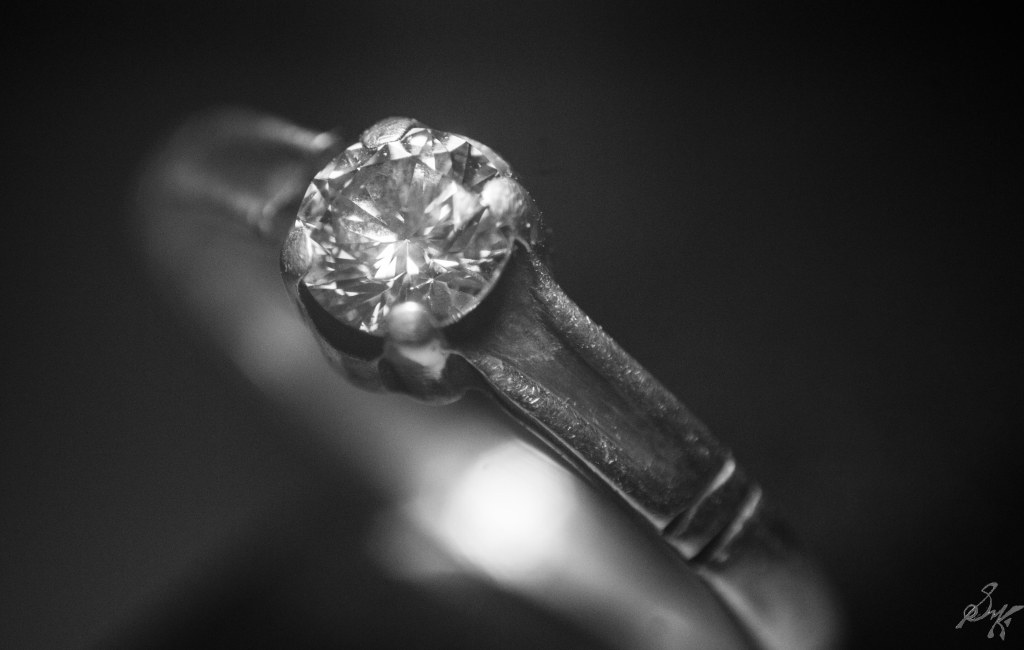 The following images are shot using the Tamron 70-300mm F4-5.6 macro lens, in the macro mode as control shots. 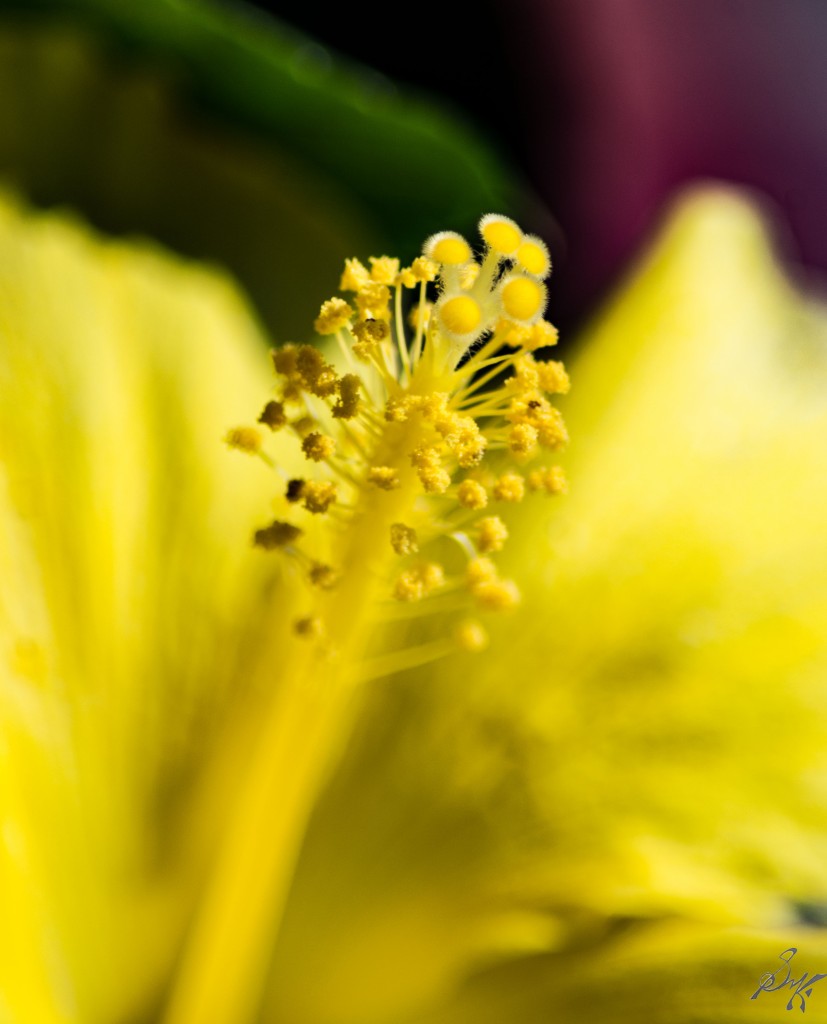 I ll infer that unless one is dedicated to shooting macros, the need for a macro lens, is quite limited. Often, a reverse mounted lens shall do the trick. Adding on, it is always much easier to use a full manual lens for reverse mounting because you can control the aperture ring and decide on the depth of field.

With this, I sign off from NICMAR, Pune. I shall be travelling for the next few days and shall also be visiting Delhi for almost a week, so that should make for a nice post. 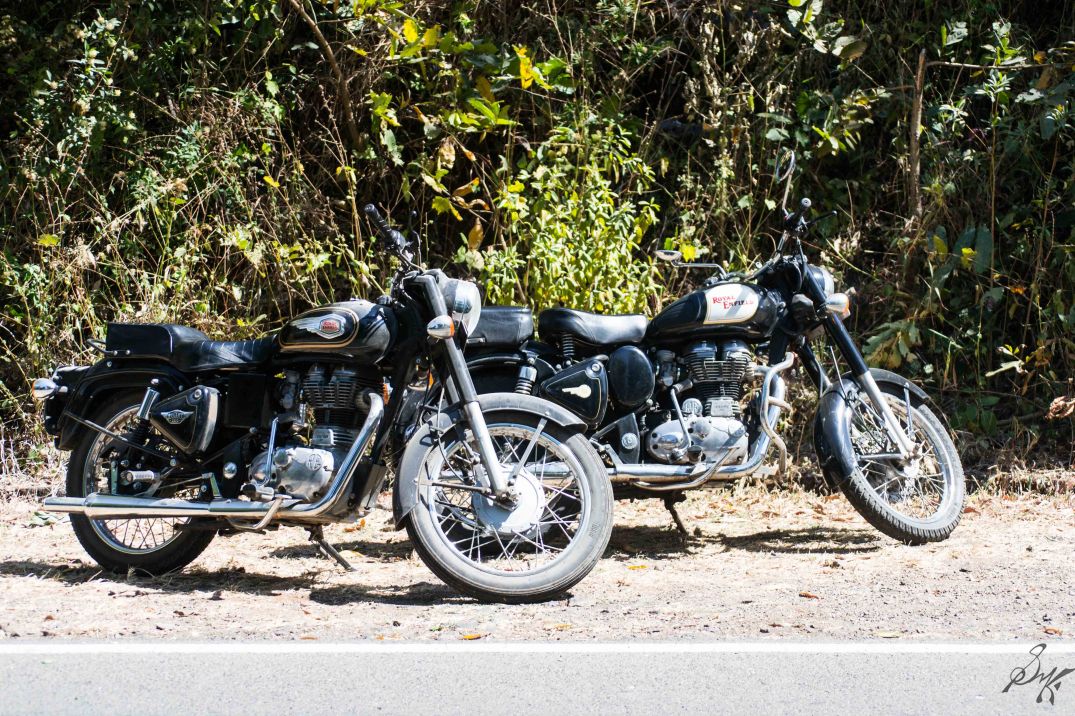 The plan was made on an impulse, so the three of us, Mahajan, Jobin and I, we grabbed helmets, managed a couple of bullets and we were on our way to Lavasa.
Lavasa is a cool place to be, nice lake town, planned and built nestled within the ghats. True! The flip side is, they charge ₹200 per person as an entry fee to the town, and somehow, the minute they see a DSLR, they assume the owner to be on a professional shoot, and they charge you ₹5000 for a day’s pass (unless it has changed recently).
Now, our agenda was clear, to get some cool photos of us, on bikes. So, again, why Lavasa?
For, the road to Lavasa, offers amazing curves, and is not very crowded. Here are what we shot 🙂 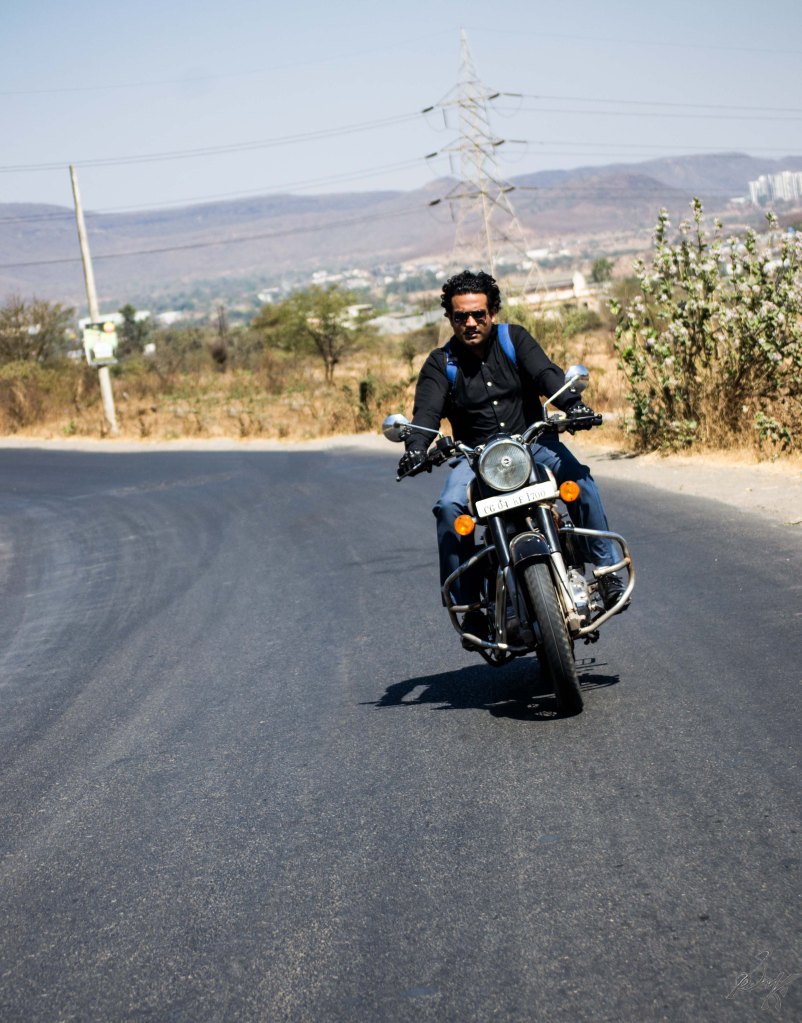 We stopped to shoot 🙂 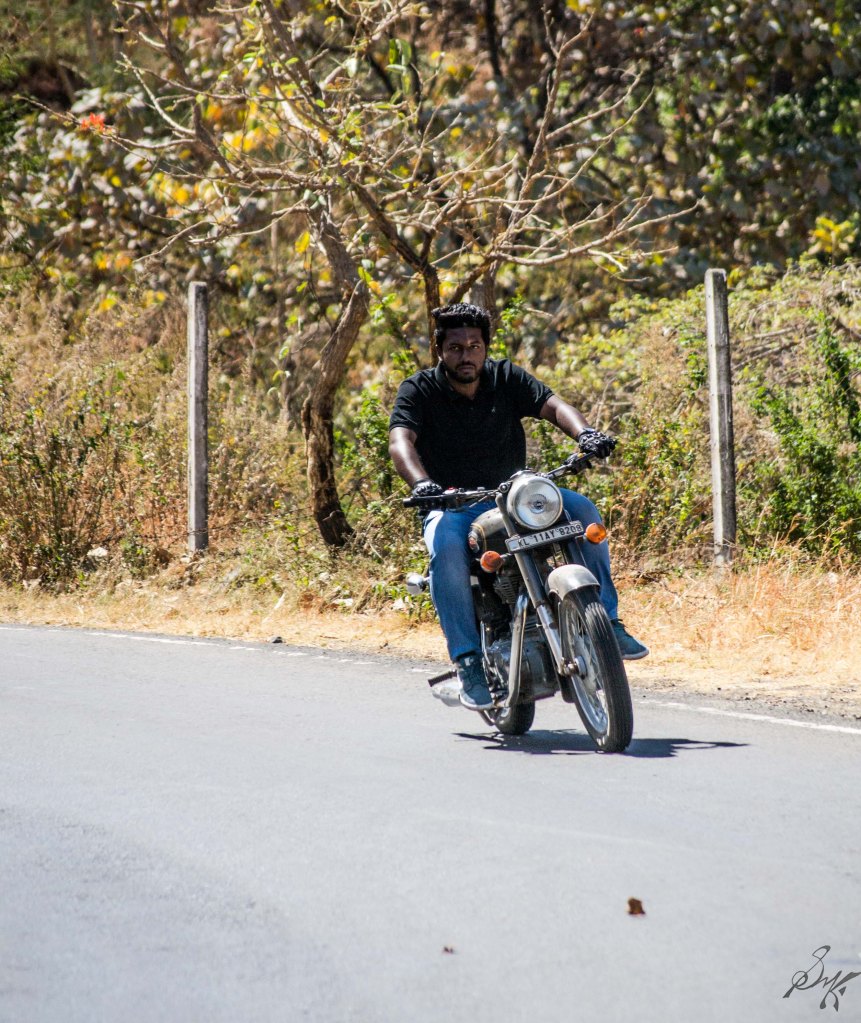 Even I got a shot of mine. Loads of thanks to Mahajan for the shot 🙂

Spotted this yet to be launched Tata Nexon test driving around. 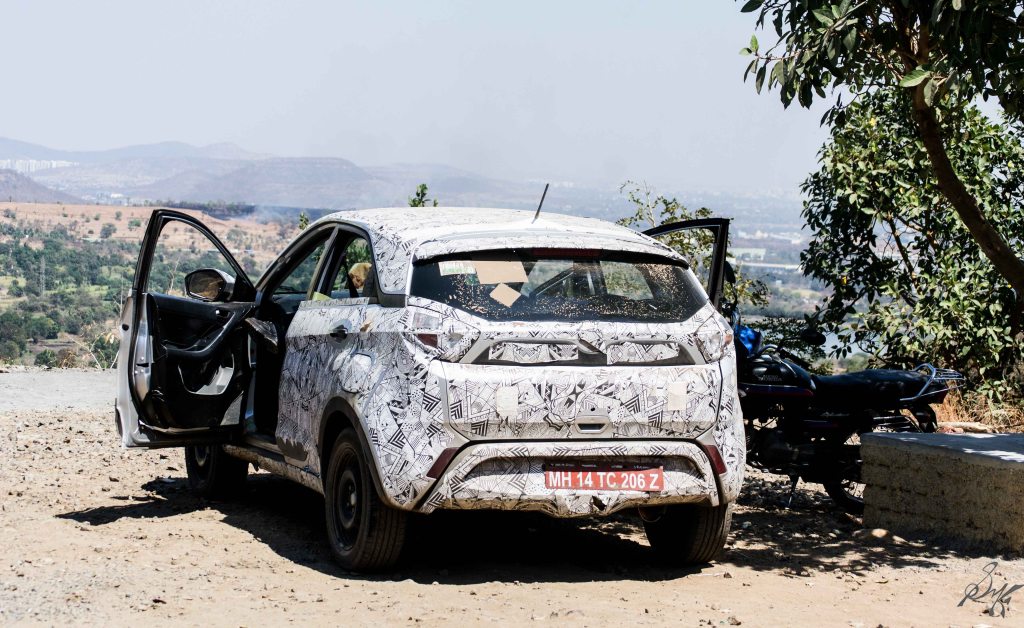 With mission accomplished, we turned back. Since all three had been to Lavasa earlier, we didn’t miss it at all. The trip was fun, the ride was awesome. 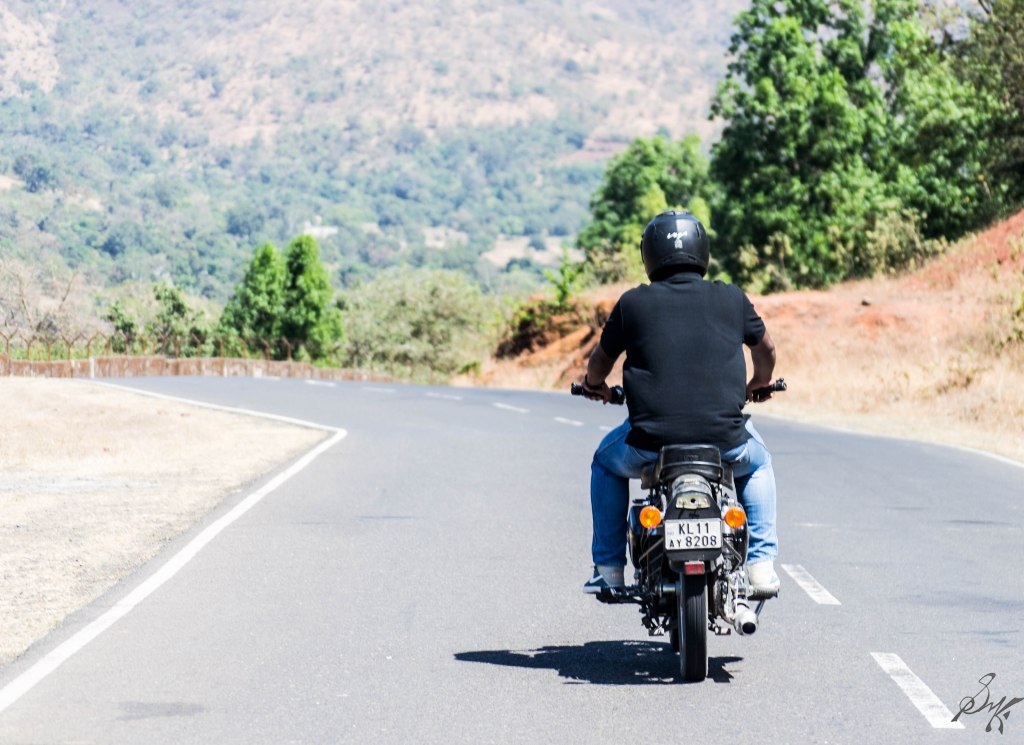