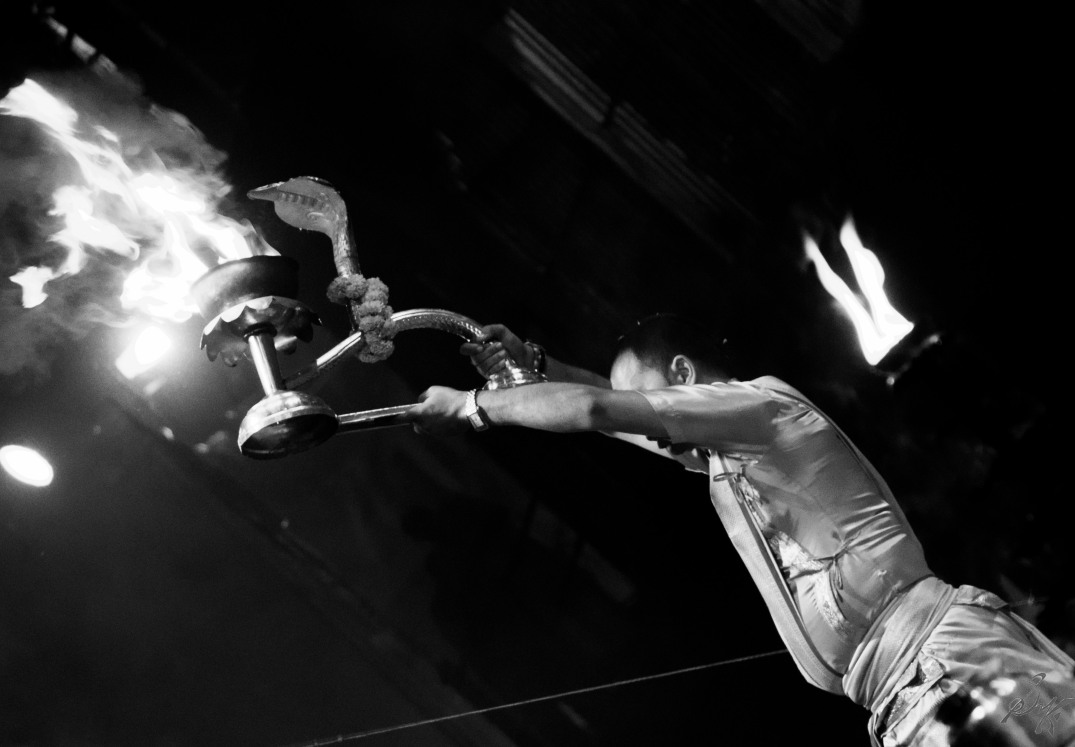 Continuation of the third day, rather the evening! I reached the spot around 1730 and realized that I was a bit late. I managed to get a space near the steps in front of the the priests. From my point, I could manage to capture flawlessly, at max, 2 of the priests. So be it. I still have one more day, and I knew the vantage point I would need for the shots that I wanted.

First, the small lamps are lit on the topmost step! This adds a nice light boundary.

One of the fire carriers is basically a snake headed lamp and it looks simply amazing!

Ladies, mostly the elderly ones, they lend their hands for the smaller lamps that are used as decorations.

Once the preparations are done, at the decided hour, the prayer songs start and the so does the fire incantations…and once they do, except for being taken in totally by the grandeur and awesomeness, there is very little else that remains to be done! If you have a camera, then click some pics quick and then sit back and enjoy!

And then, the lamps! 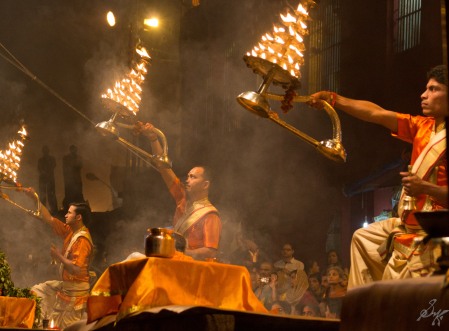 The effect is spiritual and spell binding! 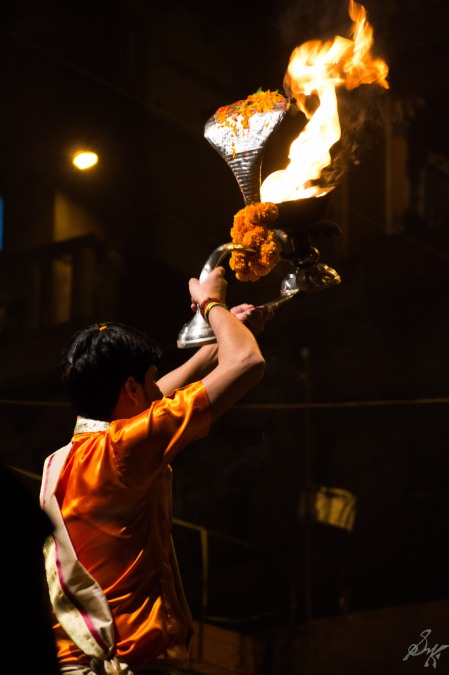 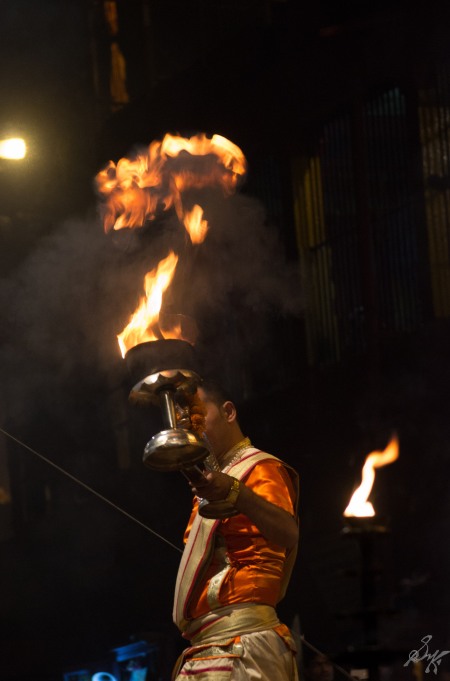 Next day,  we travelled to two forts. The Chunar fort and the Ramnagar fort. And on the last day, I managed to get photos that made me term my trip a success! Coming up shortly!

The evening of the first day at Varanasi, we went for a boat trip from the Assi Ghat towards the Dasashwamedh Ghat with the intention to see the evening arati from the river.

The speciality of this ghat, and the one beside it, the Rajendra Prasad ghat is that they host multiple aratis simultaneously, 5 and 7 to be exact. And, for most of the time, the purohits conducting the arati do it in sync and hence it is a pretty awesome sight. The arati starts at 1815, but in the winter months, the place gets crowded by devotees and onlookers from 1700. So, if you want to grab a good spot, be there by 1715 . You ll find boatmen coaxing to take a ride to the opposite bank and back, charging around 40INR for the trip, pretty reasonable, but a bit of bargaining always helps. Also, found in plenty are photographers with portable printers who ll take the photos in poses of your and their choices and print and deliver immediately, at about 20INR per copy.

I realized that, from a moving boat, taking photos of people who are also moving is a pretty difficult job, hence, not many usable shots from that evening of the arati. But its an awesome spectacle. Once I understood that trying to take photos would be fruitless, I switched the camera off, and saw the aratis. It truly is a breathtaking sight and a memorable event. Night shots of boats on the Ganga, they came out good though!! 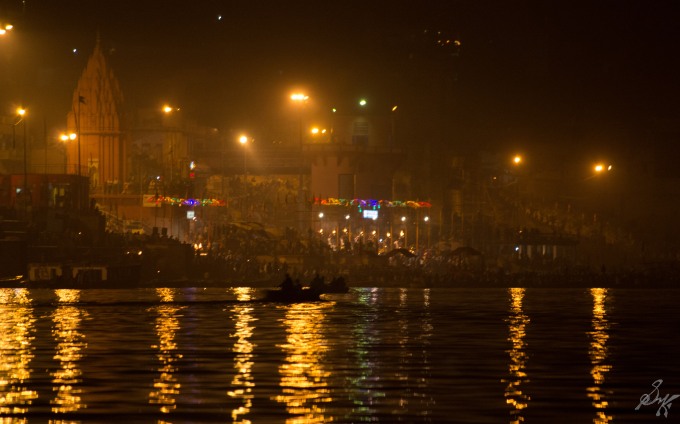 Next day the destination was Sarnath and the evening I spent in finding a good spot to capture the arati from! Stay tuned! More coming up!!